January 1, 2022 By accountsadvice No comments yet Corporation Tax, Tax News 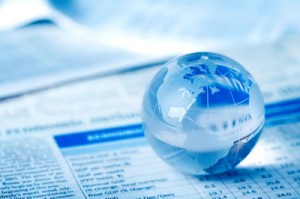 Section 18 of the Finance Bill 2021 brings non Irish resident companies, in receipt of Irish rental income, within the charge to Corporation tax. Previously these companies were liable to income tax on their Irish rental profits.

In circumstances where non-resident companies dispose of assets which had previously generated Irish rental income, any chargeable gains are now within the charge to corporation tax at 33% as opposed to capital gains tax, which is also at 33%. In other words, this amendment does not give rise to any additional tax as the effective rate of tax is 33% but the Corporate Tax rules now apply as opposed to the Capital Gains Tax rules.

There are no restrictions on the carry forward of rental losses and capital allowances in the change from the income tax regime to the corporation tax rules.

From today, non-resident corporate landlords will now also be subject to the new interest limitation rules which have been introduced to comply with the EU’s Anti-Tax Avoidance Directives. These new rules link the taxpayer’s allowable net borrowing/financing/leverage costs directly to its level of earnings.  The ILR does this by limiting the maximum tax deduction for net borrowing costs to 30% of Tax EBITDA.  In other words, the ILR will cap deductions for net borrowing costs at 30% of a corporate taxpayer’s earnings before interest, tax, depreciation, and amortisation, as measured under tax principles.